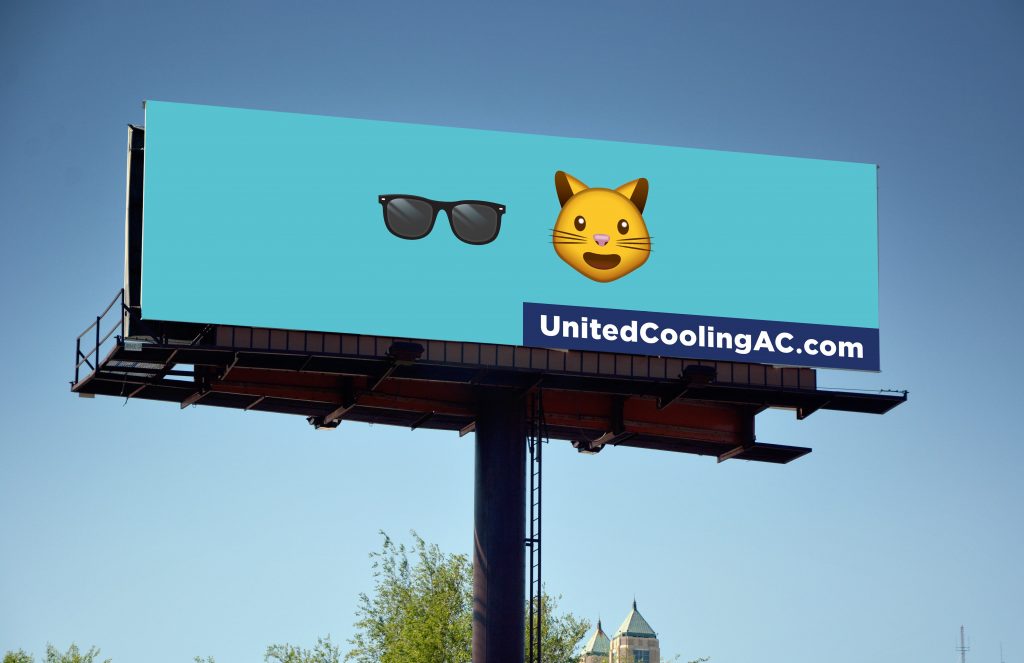 Consumers are no longer looking at billboards in the same way they did twenty or thirty years ago. While they may still be considered a premium advertising space, consumers are engrossed in their smart phones, tablets, and gaming systems. Eyes are down, not up, for much of our lives.

However, that doesn’t mean billboard advertising is to be discounted or ignored. Billboards are everywhere, and even though we remember just a handful, they can still have a powerful branding impact.

With outdoor advertising upping the stakes and becoming increasingly more competitive, plus digital advertising becoming the medium of choice, it’s important to know how to make your advertising count. Ready to take the plunge, and do something truly creative? Here are 9 strategies to ensure your billboard has the highest chance of being noticed, and more importantly, remembered.

1: Six Words or Less is Ideal.

Considering we’re on the move when we read billboards, we don’t have a lot of time to take them in. Six seconds has been touted as the industry average for reading a billboard. So, around six words is all you should use to get the message across. You can push this to a few more words depending on their length and ease of reading, but as a rule of thumb, less is more here. Concision is tough, but headlines that are small paragraphs will not get read. And that means, if you have a complex brand, product or service, you should stay away from billboards completely.

2: Get Noticed, But Don’t Be a Huge Distraction.

Most of the time, billboards are aimed at drivers, bikers, cyclists or pedestrians (which is why you have just a few seconds to get a message across). This causes an interesting dilemma for the advertiser; you want to get noticed, but you don’t want to be responsible for major, or even minor, accidents.

The iconic “Hello Boys” Wonderbra ads were guilty of this. Drivers were so fascinated by Eva Herzigova’s cleavage that they were crashing into poles, medians and even each other. So, while being distracting is paramount in many mediums, it’s a fine balance with the billboard.
3: This is Not the Place for Direct Response.

There are some truly awful billboards covered in phone numbers and website addresses. And without a doubt, 99.9% of the people who actually read the billboard will not call or visit the website. A billboard is a secondary advertising medium, which means that it’s ideal for brand-building and supporting a campaign, but it just cannot do the heavy lifting. If you want a more intimate conversation with your target audience, use print advertising, television, radio, flyers, websites and direct mail. Billboards are the wrong medium for anything other than a quick message. However, if your website or phone number IS the headline, and makes sense, then you have an exception to the rule.
4: Be Smart, But Not Too Clever.

A boring billboard will be ignored. A smart billboard will grab the attention and leave a lasting impression. A billboard that’s trying to be too clever, well, it will get lost on the audience.

As a rule, you don’t want billboards to make people scratch their heads and wonder what is going on. Complex visual metaphors are no good here. They say advertising should be like a puzzle to solve, it gives the audience a sense of fulfillment to know they figured it out. But billboards should be much simpler than that. Be smart, have fun, but don’t give people puzzles that Einstein would have trouble solving. You’re in the business of advertising, not showing off how clever you are.

5: The More Billboards, The Better.

One billboard is not cheap. But it’s also not very effective either. Billboards are a mass market medium, but they need support. So, you want more than one, and you want as many eyes on them as possible. Every billboard has a rating, called Gross Ratings Points (GRP). It’s based on traffic, visibility, location, size and so on.

This rating gives you a showing score between 1 and 100. If it’s 50, it means that at least 50% of the population in the area would see one of your boards at least once a day. If you have only one board, your impact chances are obviously less than if you have four or five. You really want a 100 showing, but that’s not going to be cheap. You can expect to pay tens of thousands of dollars for a 50 showing for one month. In a major area like New York, the price shoots up.

Get creative with your billboard ideas. A flat billboard is the standard, but it doesn’t have to be the norm. You can go 3D, have moving parts, have people interacting with it and even have your billboard animate. There is no reason that it just has to be a large, simple print ad. This is your opportunity to do something eye-catching and memorable, so go for it. The upside to this is it can create additional press, for free. A prime example of that is this simulated crash billboard that got major coverage from multiple news stations. The price of the 3D board was a little more than the cost of regular artwork, but it paid for itself many times over with hundreds of thousands of PR impressions.

7: Avoid Repetition of Any Kind

You have some premium space to work with here. It costs a lot of money to put a billboard up, and keep it up, so use every inch of the space wisely. If you are using a headline that explains your visual, you’re wasting words. If your imagery is dull, or doesn’t relate to the product, you are squandering your opportunity. As so many great copywriters and art directors will tell you, concision is everything.

A billboard is a quick read. Most of the time, you see it as you drive past it at 55mph in your car, so it needs to get the message across in the most effective way. This is not the place for art directors to experiment with complex layouts, or for copywriters to wax poetic. The billboard is a punch in the face, and the simpler it is, the more powerful that punch.

One of the most parroted pieces of client feedback ever given in advertising is “make the logo bigger.” The reason for that is easy to understand. The client is paying a lot of money to advertise his or her brand, and wants the consumers to walk away with that brand planted firmly in their heads. However, there is a balancing act that has to be played. Too big, it’s horsey and distracts from the message. Too small, it’s a clever ad for a brand no one connects with. Saying that, sometimes not showing the logo can be a powerful piece of branding in itself. Chivas Regal whiskey once produced ads without labels or logos, because those in the know, know. That’s a great exception to the rule.