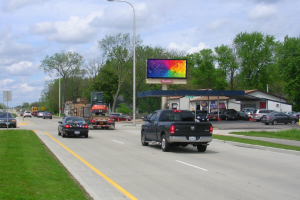 “A decade ago, a federal agency responded to questions from States – which is routine — about a new technology known as digital billboards. The courts concluded that federal guidance to the States was appropriate,” said Nancy Fletcher, president and CEO of the Outdoor Advertising Association of America (OAAA).

In 2007, the Federal Highway Administration (FHWA) released a four-page guidance memo to states seeking advice on how to regulate digital billboards. It suggested display durations of four to 10 seconds and urged avoidance of glare. Digital billboards typically display static messages for six or eight seconds in rotation.

Anti-billboard group Scenic America sued the Federal Highway Administration in 2013, and its parent agency US Department of Transportation. The lawsuit, in federal court, claimed the federal agency violated procedure because its guidance was actually a de facto rule that warranted public comment and that digital billboards violate federal law because of their modern lighting.

A three-judge panel of the US Circuit Court of Appeals for the District of Columbia heard the case in 2015. The appeals court rejected the plaintiff’s case. On October 16, the US Supreme Court denied Scenic America’s petition to take the case (writ of certiorari). Justice Gorsuch, joined by Chief Justice Roberts and Justice Alito, expressed interest in the issue of agency deference (the Chevron case), but said, “the proper course is to the deny certiorari.”

Nationwide, there are 7,300 digital billboards, according to a mid-year survey conducted by OAAA.

“Week after week, the industry works with the government to communicate with the public on digital billboards on behalf of safety and other important shared goals,” said Fletcher of OAAA.