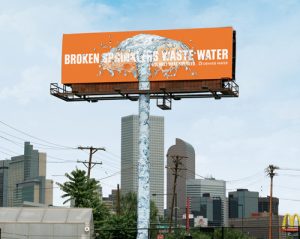 In response to consumers increasingly expressing their opinions online, advertisers recognized the value in monitoring and measuring that ongoing dialogue to implant brand messages and meet them halfway, often through the ubiquitous mechanism of targeted ads. Today, a modern media company’s value is derived from creating connected networks for consumers to engage, post and share within, as well as for advertisers to take advantage of the data and insights which underline said consumers’ intent. In the present context, digital is set to grow by double digits in 2018. All seems bright in the digital media land.

The rock-solid foundation of demand generation and the consumer intent fulfillment capability that comes along with it will make OOH the ultimate digital medium of the future. The untapped potential for OOH is right in front of us. The transformation is up to us to unlock.