In the Age of Digital, Billboards Are Far From Dead 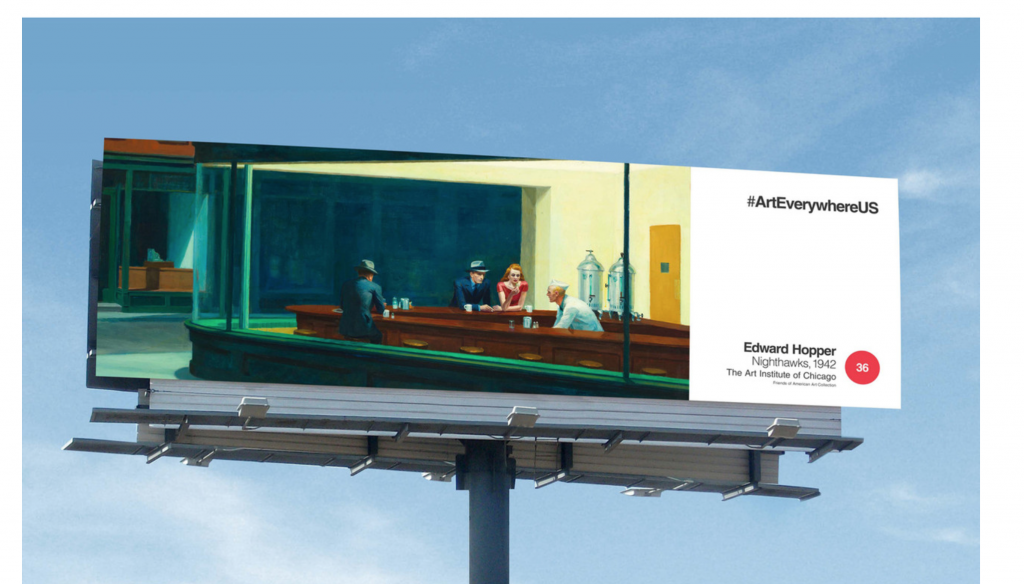 When Axl Rose ended a 23-year feud with his former Guns N’ Roses bandmates, Duff McKagan and Slash, and agreed to reunite with them onstage in 2016, the band unveiled its North American tour in an unusual way. There were no news conferences, talk-show chats or photo ops. Instead, flashy electronic billboards featuring the band’s logo and famous song titles began popping up in major cities across the country.

The ads created buzz on social media, with fans posting photos of the billboards on Facebook, Twitter and elsewhere, and ticket sales for the band’s shows took off.

“It’s what we call a reveal, where you give hints that start to build excitement and questions, and with social media, these things have a tendency to catch fire,” said Scott Wells, chief executive of Clear Channel Outdoor Americas, which handled some of the band’s billboard campaign.

The billboard strategy seems almost retro at a time when much of the marketing world is focused on mobile devices and social media. But Guns N’ Roses isn’t alone. The Rolling Stones used a similar billboard approach to tease fans before the band’s 2015 summer tour.

Big brands, including McDonald’s and Comcast, have long used billboards to promote their products, but now even tech companies such as Foursquare, Lyft and Snapchat use them.

Some use humor. Chick-fil-A’s campaign, for instance, showed cows on billboards with captions under them reading “eat mor chikin.”

Indeed, billboard companies are not only surviving — they’re flourishing.

Spending on so-called out-of-home advertising, which includes stand-alone billboards, ads on various modes of transit and airport ads, has risen for 24 consecutive quarters, according to Kantar Media and the Outdoor Advertising Association of America. Spending surged to $7.3 billion in 2015 from $5.9 billion in 2009.

“Digital has been sucking media dollars out of press and radio, but our audience has been growing,” said Jeremy Male, chief executive of Outfront Media, one of the biggest players in the billboard industry.

Why? Studies indicate that people are spending more time outside their homes, partly because of an increase in travel and commuting and also because smartphones keep them connected when they are away from home or work. And “you can’t TiVo a sign,” said James Goss, a managing director at Barrington Research, meaning that billboards can’t be skipped over. “So they have a captive audience.”

Of course, many of the billboard ads they are producing have moved beyond the old model, where static photos with simple captions stare back from a roadside perch.

Now electronic billboards are everywhere: along highways, on the side of buildings, outside bus shelters, on public benches, and in airports, elevators, subways and malls. Many are digitized, able to show videos, stream live events, display content from social media or change a screen’s image every 30 seconds.

“We allow our customers to change their message instantaneously right from their desktop,” said Sean Reilly, chief executive of Lamar Advertising, another prominent billboard company.

Some billboard displays are interactive, containing sensors and codes that people can scan with their smartphones to take them to a specific destination online.

“While the digital age has to some extent been a threat to some traditional media, we’ve really embraced it,” Mr. Male said.

For national brands, billboards are an easy and inexpensive way to grab eyeballs of all ages and demographics with a single ad.

Even tech companies are taking their ads outdoors. When Foursquare’s Swarm app found that young New Yorkers tended to congregate and take pictures in Madison Square Park, the company chose to advertise on a billboard on the side of the nearby Flatiron Building, knowing it would show up in photos that were later shared on social media, said Kinjil Mathur, chief marketing officer at Foursquare.

But improved data analysis is crucial to the field’s growth. “Advertisers want to be able to measure who is seeing their ads,” said Brett Harriss, an analyst at Gabelli & Company.

Some companies have started adding small cameras to billboards to collect data on passers-by.

Clear Channel’s Radar program teams up with several companies, including AT&T, to track the travel patterns of people passing by its billboards. The program uses mobile device data and other information to determine if people later visit a store or search their smartphones for the product. Some companies use geo-fencing, in which a billboard ad will pop up in an app on a mobile device.

Senator Chuck Schumer, Democrat of New York, has called them “spying billboards” and demanded that the Federal Trade Commission investigate. “A person’s cellphone should not become a James Bond-like personal tracking device for a corporation to gather information about consumers,” he said in May, arguing that people needed to be able to opt out of being tracked.

Mr. Wells of Clear Channel defends the program. “The data is anonymous and aggregated — we’re not looking at individuals,” he said. Still, any government intervention could stymie the field’s growth.

However, Mr. Reilly remains bullish on the industry’s future.

“At the end of the day, if people are out and about, moving around,” he said, “then we’re going to be relevant, both to where they are and what our customers want to say to them.”